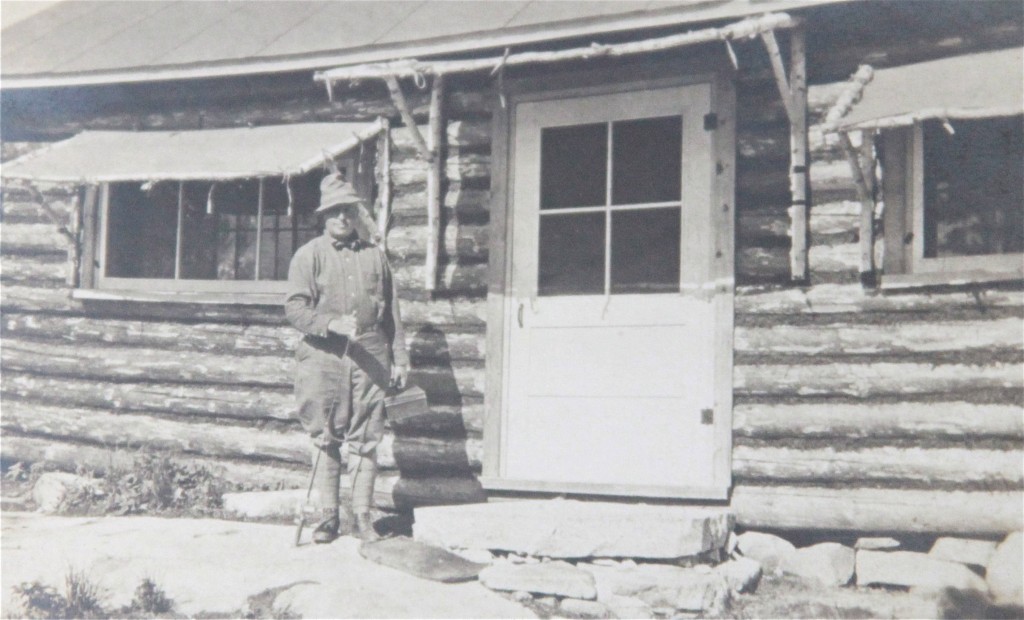 1913  Major Horace Gordan Roberts conceives an island compound on the vast reaches of Rainy Lake with his wife Dorothy and daughters Dorothy, Virginia and Rosara. They enjoy their first summers in Bakers tents and a pre-fab structure from Horace’s Gordon Van Tine company, a prominent business in Davenport Iowa with lumber holdings around the U.S. One of the earliest islands on the lake to be transformed into a summer compound, Major Roberts names his ATSOKAN, a “name” the Ojibwe bestowed upon his friend and Harvard alum the renowned naturalist Ernest Oberholtzer. ATSOKAN (aht-so-kahn) is a loose translation of the Ojibwe word for “storyteller”. 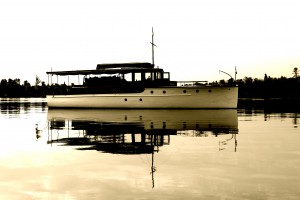 1915-1935  As a select few became the now infamous “Rainy Lake aristocracy” this raw wilderness area became a playground of the gilded age. During Prohibition, liquor from Canada was in easy reach, legendary parties were de riguer, and several yachts plyed the waters. Atsokan became a compound with its first caretaker, Joe Miller (a Swiss emigre) living on the island year round. Joe was instrumental in constructing the cabins, much of the furniture and most of the stonework out of local materials and stone. After 20 years of craftsmanship and service to Atsokan, and the Roberts family, he fell in love with the cook and they left together.

1935-1972   As newlyweds Gerald and Olive Wagness take over managing the island for the Roberts family and after many years of devoted service they become the owners in 1959.  Gerald (a renowned craftsman and silversmith) devoted the better part of his life to the place, keeping intact the beauty and integrity of the place, while running it as a resort. As a gifted storyteller he readily shared his vast knowledge of the lake and its rich history with his guests.

1980 – present Atsokan is purchased by the Howard Hanson family, who had been regular summer guests of the Wagness’ since 1963. During their decades-long and on going process of restoration and renovation, the Hanson’s continue to shape and maintain their generation’s understanding of the island and its place in history.